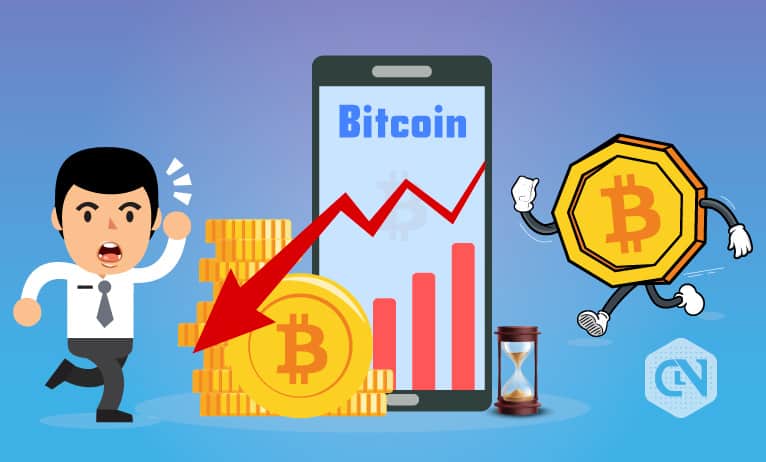 Bitcoin was spotted downward momentum on yesterday’s chart, but today, the price is spotted holding the level tightly around $6,800. However, the bulls are likely to lose the follow-through. The coin is marking a steady drop in the price chart. The intraday movement of the BTC is likely to be adventurous. The closing might carry marginal loss in the price.

From the past three days, Bitcoin was trading under moderate bearish pressure. Yesterday, the price spotted at $7,297 during the initial hour. The price started dribbling from the first hour, and at 03:00 UTC, the BTC price was at $7,254. After the same, the currency continued to trade downwards and fell to $6,937. With a spike at $7,006, Bitcoin price again fell and reached $6,887 by 1.65% fall. Then, the coin locked its price around the same level till 13:16 UTC, but in the later hours, the coin dropped to $6,775.

Further, BTC registered slight improvement, and the price touched $6,970 at 19:19 UTC, but before closing the day, the price plunged to $6,885. The day-long movement in Bitcoin reflected 5.64% regression. Today, the currency started the day with a slight improvement. The price counters moved from $6,885 to $6,925, and then, it hovered at the same level till 06:52 UTC. Later, the BTC price dropped to $6,865. The current price of Bitcoin is near to its immediate support level at $6,677. The same might get violated in the upcoming hours.

Bitcoin Price Analysis: Will BTC Manage to Recover in the Short-term?