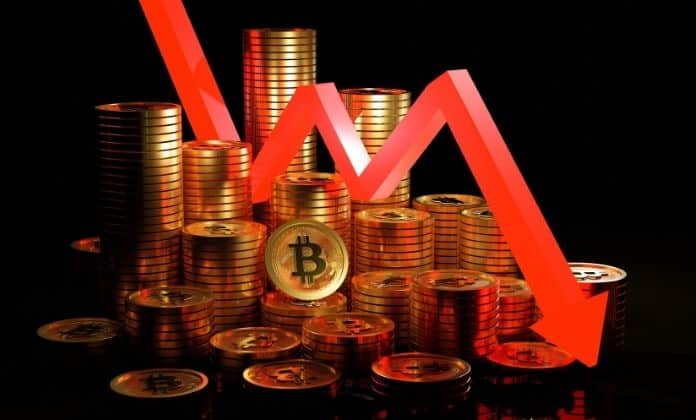 The current cryptocurrency dip has created a situation of worry for investors; however, a further dip is expected to occur. Despite the Bitcoin market going down, El Salvador is hugely benefitting from it.

The market capitalization of Bitcoin went below the $1 trillion mark. This has happened for the first time since October 2021.

The fall has caused worry among some investors. An investment worth $400 billion has reportedly been wiped out within 24 hours.

The dip is not restricted to Bitcoin alone. Bitcoin takes the spotlight as it is leading the dip with the highest fall that has been recorded.

CoinMarketCap, a price-tracking website founded in May 2014, released data to give a better idea.

There is no explanation for the fall in the market value of Bitcoin as of now.

Changpeng Zhao, the Chief Executive Officer of Binance, tweeted to remind every investor that when Bitcoin fell to $3,000 in 2019, then the dip was linked to Bitcoin being used by drug lords in many articles.

CZ, or Changpeng Zhao, said this by publishing a tweet on his profile. He works in the direction of addressing Fear, Uncertainty, and Doubt (FUD) that people have regarding Cryptocurrency.

Anyone who has been looking to add Bitcoin to his or her investment portfolio is benefitting from the fall in the market capitalization of Bitcoin.

From a macro perspective, El Salvador is deriving huge benefits from this fall. Nayib Bukele, the President of El Salvador, went on to buy 150 Bitcoin for a total amount of $48,670.

He announced the news by adding that he missed a lower mark of $42,800 by 7 minutes.

His investment is being looked at with skepticism. Peter Schiff, a veteran gold investor, responded to his announcement by asking how much more taxpayers’ money did he want to waste.

The fluctuation in the market of Cryptocurrency is a normal occurrence. The dip has come after nearly two months with an expectation of falling more. If the volatility continues, then investors can expect the Crypto market to bounce back.